The Cornelius-Brotherton Foundation contributes to education since 2002

Cornelius Brotherton was a prominent figure in post-secondary education in Gaspésie. Prefect of studies at the Seminary of Gaspé in the early sixties, he will then be Associate Academic Dean of Studies at the Cégep from 1968 to 1971 and DSP (Academic Dean of Studies) from July1971 to December 1982. Its educational path was unfortunately interrupted by multiple sclerosis. He died suddenly in October 1994. In the expression of his willan he asked the College’s Board of Directors to launch a foundation dedicated to promoting education of local young people of the Diocese of Gaspé. Having received its letters patent in December 1996, the Cornelius-Brotherton Foundation became, in April 2002, the official foundation of the Cégep de la Gaspésie et des Îles.

In addition to promoting education in general and particularly in the regions, our actions are designed to facilitate access to postsecondary education for young from Gaspé and Magdalen Islands. We also place emphasis on the benefits related to the fact of choosing to study in one of the four campuses of the Cégep de la Gaspésie et des Îles in Gaspé, Îles-de-la-Madeleine, Carleton-sur-mer and at the ÉPAQ (Quebec School of Fishing and Aquaculture) in Grande-Rivière.

We regularly organize fundraising events to raise funds for our mission. The revenues of our operations are redistributed in the form of scholarships for students and financial support to projects related to the development of curricula and / or the stimulation of student life on the four campus. 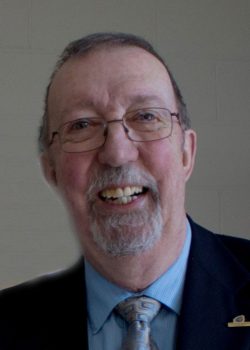 Personal Representative of Campus of Carleton

Secretary-treasurer of the Board - Jean-Paul Cloutier